"At Lovell Drugs, we are committed to providing you with excellent customer service and quality products. We will strive to give you the best pharmaceutical care ...because We care about your health."

Lovell Drugs is proud to be the oldest, and one of the largest, independent drug store chains in Ontario. Family-owned for more than 100 years, we are firmly focused on family health and committed to providing excellent customer care and quality service. With 12 locations in Whitby, Oshawa, Kingston and Cornwall, we are dedicated to serving the families within our communities. Our strength has always been our relationship with our customers and the community.

In a time when pharmacists, and pharmacies, are being called upon to play a more active role in health care, Lovell Drugs is answering that need, offering Clinic Days, up-to-date literature and information on illnesses, blood pressure, smoking cessation, and cholesterol testing. We also provide compliance packaging, MedsChecks as well as an extensive selection of insulin pumps and home health care supplies. Ready to listen to your health questions and concerns, we provide answers when you need them. Strong in our tradition, as modern as tomorrow, we are your neighbourhood drug store.

It all began in 1856, when David Stott opened a drug store in Bowmanville, Ontario. By 1880, John H. Jury had joined the company, and the store became known as Stott & Jury. Just prior to 1900, John Jury became sole owner, and in 1903, along with A.W. Gregory, he opened a second store in Oshawa, naming it Jury & Gregory.

Four years later, Edwin A. Lovell, a young graduate from the Ontario College of Pharmacy (OCP), and gold medalist of the class of 1907, began working in the Bowmanville store. When he became a full partner in 1909, the store changed its name to Jury & Lovell.

By taking post-graduate studies, E.A. Lovell also became qualified as an optometrist. In addition to pharmaceuticals, the store's services included optical work, truss fitting and photographical supplies. In 1911, Lovell became a partner in the Oshawa store when Gregory moved to Collingwood. Additional Jury & Lovell locations soon followed, eventually leading to a chain of drug stores throughout eastern Ontario. At one time there were as many as nine stores in Toronto operating under the name of Hooper Drug Stores.

Although the Jury & Lovell name remained until 1983, by 1941 E.A. Lovell operated all the company stores east of Toronto. Always active in the community, Edwin A. Lovell served the City of Oshawa as a school trustee for 30 years; the E.A. Lovell School was named in his honour. 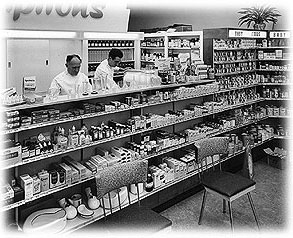 In 1943, Everett Lovell, a 1940 graduate of OCP and fresh from active service in the Medical Corps, took over from his ailing father to run the company. When he too became ill, in 1947, his younger brother Stanley joined the company, having just graduated from university. While originally planning a career in law, Stanley had grown up in the family business, working as "parcel boy, stock boy, and everything else"; he became President, upon Everett's death in 1971.

Stan was well recognized by the community as a humanitarian and volunteer, working timelessly at both business and many charitable organizations until his retirement in 2000. Stanley E Lovell passed away June 2010. Carrying on the family tradition, Arthur Lovell and Diana (Lovell) Kirk, now work as part of an executive team dedicated to carrying the Lovell tradition into the future. With Arthur as President, the family retains a strong business background, relying on excellent management and store staff, as well as dedicated, professional pharmacists.

Together Arthur and Diana Lovell agree: "We are proud of our pharmacists and the excellent work they've done". "It's a privilege to be part of a family, and a company, that has been so involved in the community for so long".

All Vaccines and Prescription Drugs available. We are a certified Yellow Fever Vaccination Centre by the Public Health Agency of Canada.
Discounts available to military and seniors.
Large groups – we offer a complimentary group presentation as well as discounted rates for travel vaccinations.
For more details contact: 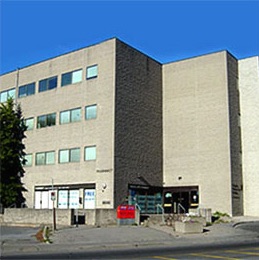